Saxophonist Emile Parisien is one of the most important protagonists of contemporary French jazz. A jazz visionary, who may have one foot in that ancient soil, but his gaze is firmly fixed on the future. The leading French newspaper Le Monde has called him “the best new thing that has happened in European jazz for a long time,” while the Hamburg radio station NDR made the point of telling its listeners to give Parisien their “undivided attention.” The reference points on Parisien’s personal musical map are very widely spread indeed. They range from the popular folk traditions of his homeland to the compositional rigour of contemporary classical music, and also to the abstraction of free jazz. And yet everything he does has a naturalness and authenticity about it. Rather than appearing pre-meditated or constrained, his music has a flow, he traverses genres with a remarkable fleetness of foot and an effortless inevitability. What is it that makes the simple urgency of Parisien’s music quite so enjoyable? How does he manage to combine a provocative and anarchic streak with such a captivating sense of swing? Anyone who has seen and heard him on stage will know: it is because he lives his jazz with body and soul, because there is an authenticity and honesty inflecting every breath and every note. 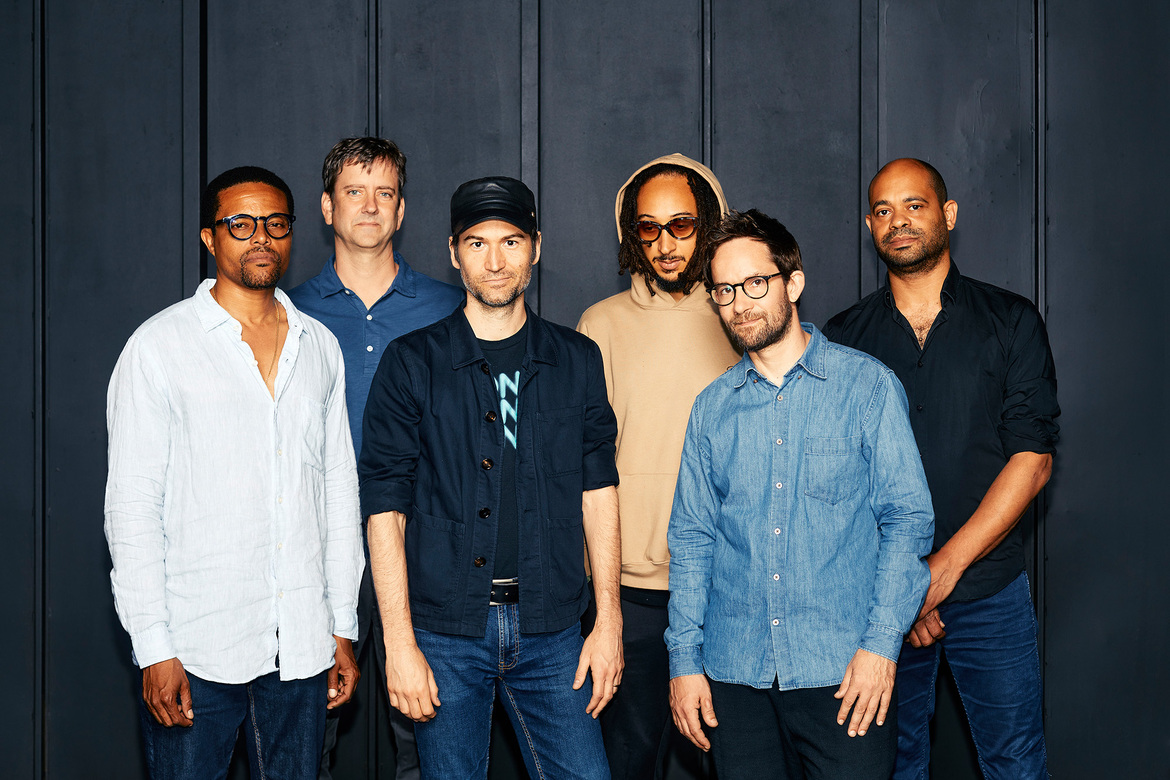 Internationally acclaimed French saxophonist Emile Parisien is regarded as one of the most important protagonists of contemporary jazz. „Parisien's inventiveness and energy are simply stunning",saysTélérama. Downbeat made clear: „To say that French alto and soprano saxophonist Émile Parisien is doing well in Europe would be an understatement.“ With his brand new electric sextet ‘Louise‘, Parisien continues to expand his musical world between traditional and contemporary jazz, with great sensitivity and imagination. The programme consists of original compositions, inspired by his great admiration for border-crossing, French-American sculptor Louise Bourgeois (1911-2010). For this endeavor, Parisien is joined by masterful European and US-American players: Adventurous trumpeter Theo Croker, original guitarist Manu Cordja, poetic pianist Roberto Negro and the New York City-based jazz greats Joe Martin (bass) and Nasheet Waits (drums). With this project and line-up of renowed musicians Emile Parisien sets path for a new adventure defying musical and cultural borders. 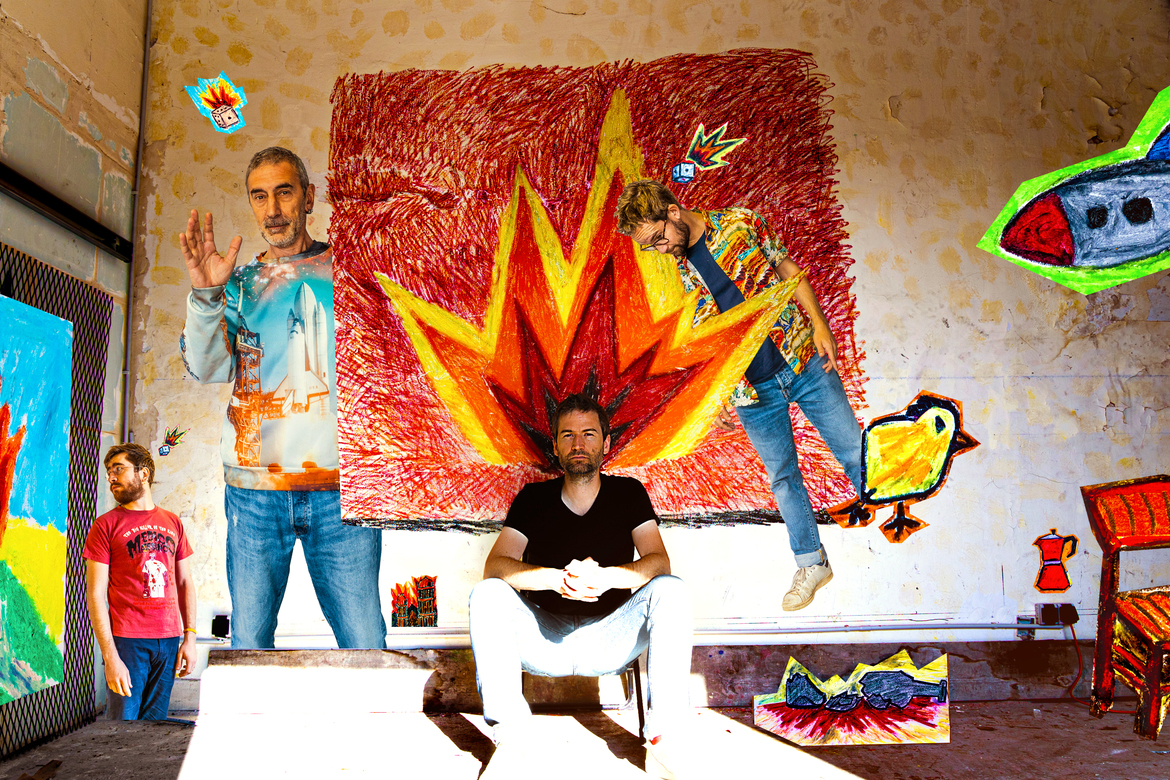 After three years sharing artistic adventures with the trio DADADA, and recording a first album, called « Saison 3 », produced by the prestigious Label Bleu in 2017, Roberto Negro, a pianist and a composer with ‘boundless energy and a look that seems unconcerned with carreer plans’ (Le Monde), boldly progresses through unexpected musical paths with a brand new repertoire called ‘Papier Ciseau’. For this project, the piano player is accompanied by one of the most important protagonist of contemporary French Jazz, Emile Parisien. Roberto Negro won the “Sensational album of the year” award at the Victoires du Jazz in 2018 for his trio, Dadada.

A miraculously inspired saxophone, a piano used in many ways, a percussionist who seems to be a sensualist choreographer, and in this new album, a blazing bassist : the teamgathered in ‘Papier Ciseau’ goes in quest of musical essentialism. Through his compositions, Roberto Negro takes us back to childhood memories and coming-of-age adventures. On an unusual and sometimes puzzling path, where time can be cut and perceived out of control, music carries us away in a world developped into melodies that can be sometimes playful, sometimes naive, and sometimes even electric and overwhelming. This repertoire is the result of compositions where intensity and simplicity are combined with more complex and burning sounds, enhanced by a lyricism always unexpected

"It is hard to be more stimulating, in the category uninhibited avant-garde."
- Les Inrocks
"We have enjoyed his astounding associations of images for years now."
- Libération
"...wonderful alchemy between the three musicians."
- France Info

German pianist Michael Wollny, once again, shows a yet unheard side of his musical personality, performing almost entirely on electric keyboards and extending their range with real time effects which seem like a turbo for his complex harmonic and melodic thinking, that draws inspiration from classical and contemporary classical, pop, indie, film music and jazz. This wide-spread musical background is probably the biggest reason, why Wollny clicks so perfectly with US-American electric bassist Tim Lefebve. As a collaborator with such diverse artists like David Bowie, Tedeschi Trucks Band, Mark Giuliana, Knower and countless others he is the musical glue between the musicians of the quartet, giving the free-flying ideas of his collaborators the rhythmic grounding - through his signature sound and harmony and unparalleled musical authority. French soprano saxophone great Emile Parisien, one of the most in-demand European jazz musicians and a true innovator of his instrument and German drummer Christian Lillinger, certainly one of the most forward-thinking drummers of today infuse the quartet with unrestrained, nervous, heated energy. With them, anything can happen at any given moment - monster grooves, cascades of single-notes, dense clusters, and just unbound expressiveness.
It is these contrasts, this excitement, the pure joy of playing and improvising, the hunger for surprise and the magic of the moment, that is not only obvious in every note but is also transfused to the audience, making this band such a deep, unique, emotionally, and intellectually challenging experience that one will not forget. „A stellar trans-Atlantic quartet. “ JAZZIZ (US) 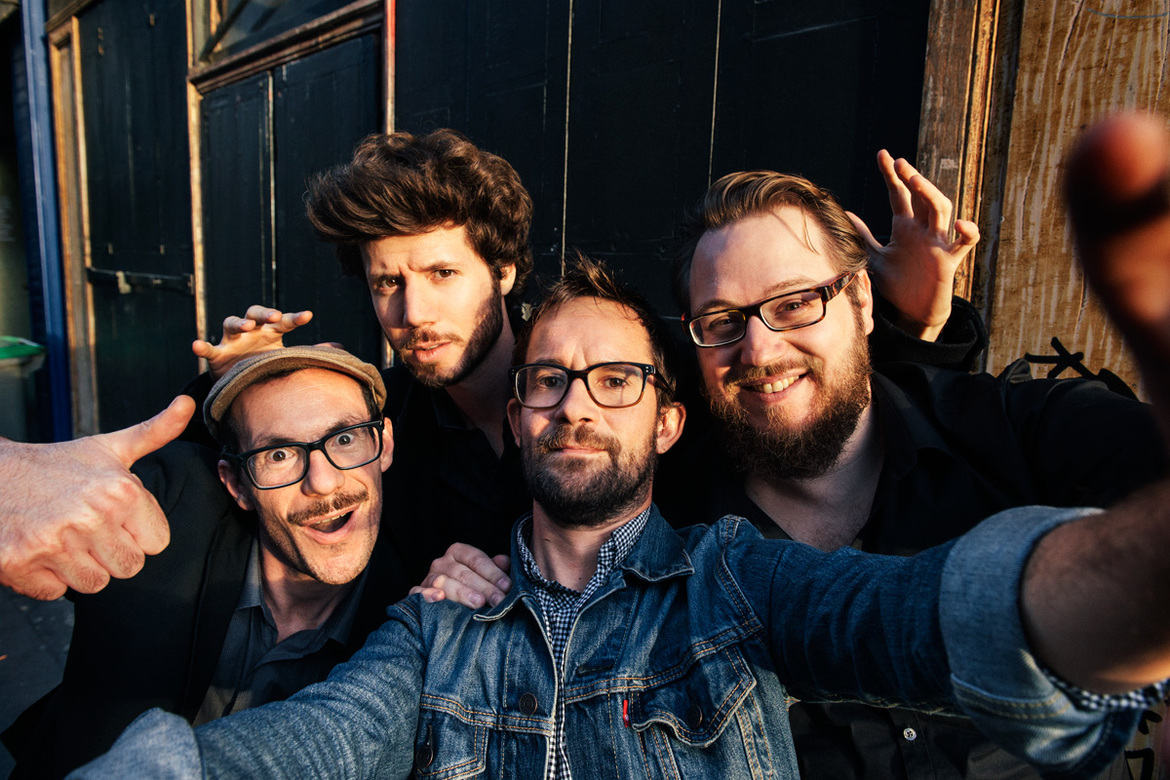 With breathtaking technical skills, great sensitivity, imagination and a good amount of anarchy, Emile Parisien investigates, challenges and expands the jazz genre. The result is fresh, European music, rousing, virtuoso and full of emotion.
In more than ten years the Emile Parisien quartet has played various concerts all over the world. They got inspired by freethinkers like Wayne Shorter or Ornette Coleman, but their ingenuity and their way to try something new are not to compare with other ensembles. The quartet has its own way of telling musical stories and to show its exuberant creativity and friskiness.
The new album of the band, "Double Screening", combines all of their exceptional qualities.