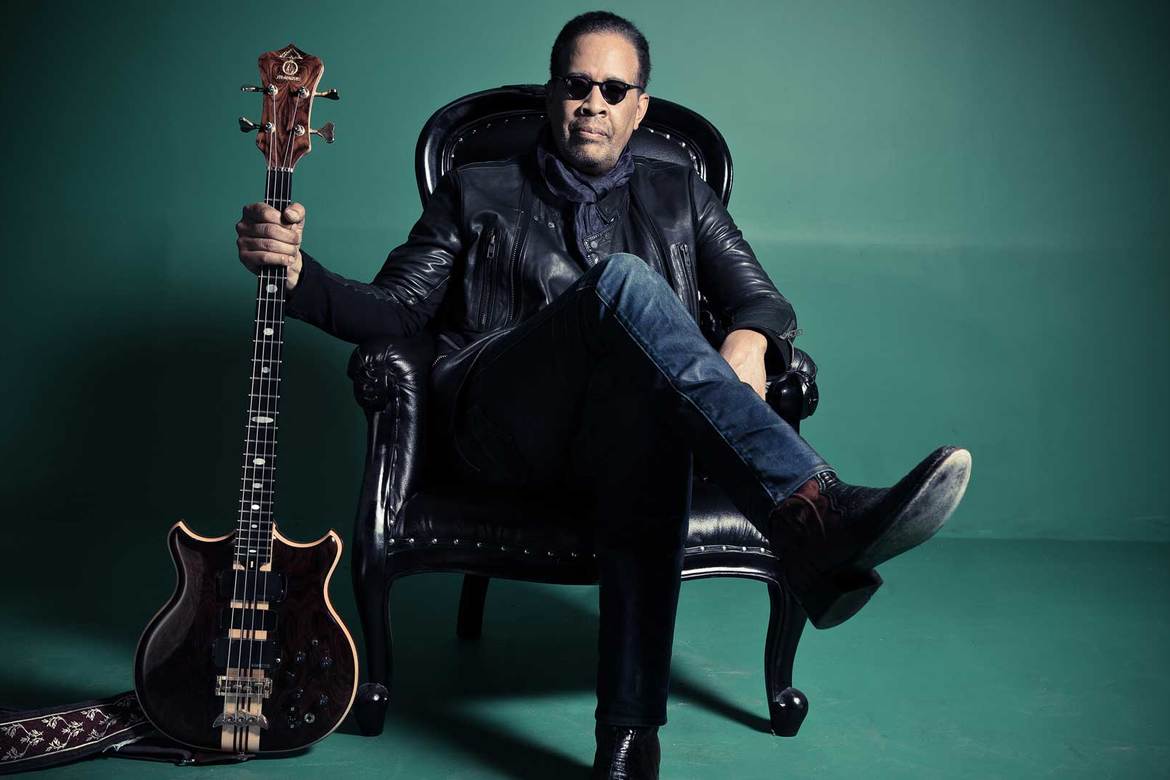 With over 40 albums, four-time Grammy® Award-winner Stanley Clarke has attained “living legend” status. During his 45+ year career, he has collaborated with Quincy Jones, Stan Getz, Art Blakey, Paul McCartney, Jeff Beck, Keith Richards, Aretha Franklin, Stevie Wonder, Chaka Khan, The Police, Herbie Hancock and many more. Clarke has been a constant force of nature in American music since the early 1970s with the success of the jazz-fusion group Return To Forever.

Doubling on acoustic and electric bass with equal ferocity, Clarke was the first jazz-fusion bassist ever to headline tours, selling out shows worldwide. Known for his intense dexterity and consummate musicality, Clarke is a true pioneer in jazz and jazz-fusion. Also an accomplished film and TV composer of over 65 projects, Clarke’s credits include Boyz N The Hood, the Tina Turner biopic What’s Love Got To Do With It, Romeo Must Die, The Transporter and most recently the 2013 blockbuster Best Man Holiday.

His creativity has been recognized and rewarded in every way imaginable: gold and platinum records, Grammy® Awards, Emmy® nominations, a BMI Award, and virtually every reader’s and critic’s poll in existence. He was Rolling Stone’s very first Jazzman of the Year and bassist winner of Playboy’s Music Award for 10 straight years. Clarke was honored with Bass Player Magazine’s Lifetime Achievement Award and is a member of Guitar Player Magazine’s “Gallery of Greats.” In 2004 he was featured in Los Angeles Magazine as one of the Top 50 Most Influential People. He was honored with the key to the city of Philadelphia and put his hands in cement as a 1999 inductee into Hollywood’s “Rock Walk” on Sunset Blvd. In 2011 he was honored with the highly prestigious Miles Davis Award at the Montreal Jazz Festival for his entire body of work. Most recently, Clarke won the 2013 Downbeat Magazine’s Reader and Critic Polls for Best Electric Bass Player.